I think I get it what bugs people in Neanderthals, the presumably bushwhacked cousin of ours. Since the belief that humans are the best thing happened to Gaia shattered, and our taking of the planet can well lead to our own demise make some people wonder about different ways of living. Being a human as Homo Sapiens is not so straightforward anymore. The gap between us and the supposed Neanderthal traits closes by every year. It's not only we had a common ancestor. The hunched, hairy, dim-witted caveman evolved into a conscious being with language, comparable intelligence in the eyes of the scientific community. And, the human club was joined by at least two, possibly three other hominids in the last decade only.

The fear of extinction and the Neanderthal agenda 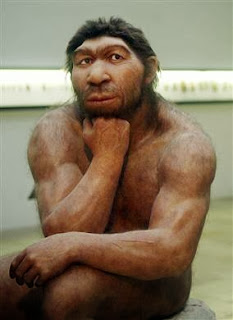 Knowing and understanding the Neanderthal and the truth about their demise might bear answers about the true nature of mankind. Who are we? What can we do differently to save our natural environment? There are very few things we know about Neanderthals with a certain degree of sureness. Genetical and anatomical research pointed out that they were capable of talking and producing their own language. They buried their dead, they made clothing, they might had beliefs in the afterlife. A one–digit percentage of the human genom carried by non-African populations is shared with the Neanderthals, so presumably there was some interscrewing around when the Homo Sapiens and the Neanderthal populations overlapped in time and space. But the when and where is an open debate, there isn't a consensus about if us and the Neanderthals in Eurasia ever shared the habitat, and the exchange of genes might had occurred somewhere in the Middle East when the modern Homo Sapiens was swarming out from Africa some 40 000 years ago.

What happened then and there is the field of interpretation, theories and speculation, just like the rest of Neanderthal traits are, nobody knows for sure. There had to be some contact, genes don’t lie about that. Either the yet dark-pigmented, tall and lither hunters blitzkrieged them into oblivion with their projectile weapons, raved them with their new pathogens carried, just like it happened with the meso-americans when the Spaniards began their conquest. Climate change could take its toll on the already sparse Neanderthal populations, the more prolific new people swarmed and absorbed them by the virtue of their numbers, or all the above at once. I just hope it wasn’t always the classic tribal hostile takeover scenario when all males and women in non-productive age are slain, and the survivor females are for daily rape and hard labour.

The ways of the Clan

Writers in the popular culture profit from this uncertainty, and truth to be told, describing a fictional encounter between the two human species is at least as interesting and chilling as a contact with aliens. Readers like me are hungry for the worlds collide experience. Among more known works, the Quest for Fire and Iceman movies introduce the Neanderthal as simple but simpathetic wildmen. Jean M. Auel's Earth's Children novels establish a whole pre-writing universe of two different hominins and shows the Neanderthal, the Clan as a kind of archaic people with intimate knowledge about their environment and barely known and understood culture by the newcomer Others who tend to overlook those primitive and besides rare flatheads. The first novel, the Clan of the Cave Bear is really intriguing. A young girl, Ayla grows up between Neanderthals and struggles with the biologically determined conservativeness of the Clan. 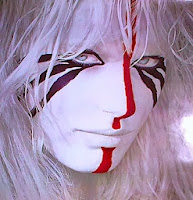 It's well worth to read, but I gave up by the third because the rest of the novels felt like a feminist parade, where Ayla becomes a cultural Eve. I actually enjoyed the movie version as well, and not only because of Daryl Hannah's  (the blondie gal from Wall Street and Blade Runner) long legs. The Clan is shown as people with unique and fascinating straits but with numbered time. They were left behind in the dust and silence once, just like the protagonist did that in the movie.

Now I admit, I’m a bit in trouble (SPOILERS ONWARD)

I usually recommend good stuff they are worth to watch and read, but I have ambiguous feelings about Robert J. Sawyer’s Neanderthal Parallax trilogy. I cannot criticize it without spoilers. Long story short, a quantum-computer experiment in the Neanderthal world (where they reached consciousness and became the dominant species) opens a transdimensional portal accidently into the present day World of Homo Sapiens. Cliched as it is, I was over it. Besides, I couldn’t really follow the scientific mambo jambo, but I gave the plot a chance nevertheless.

The first book, the Hominids proved to be promising. I started to envision the story as a tv-show, and the female protagonist as a younger Jodie Foster exploring a different human existence. The fish out of the water element is there on both sides of the portal. That’s all well, I was hungry for the sequence.

The second book (Humans) functions as a suspended tension before the endgame provided by the third book, the contact of the two different hominims didn’t escalate yet, but the promise was there. The real deal about these kind of books is what changes such contact can inflict on the human perception of life. The bitchslap came with the third book (Hybrids) which I put down feeling cheated. The neanderthal civilisation on the other side is essentially the antithesis of ours. And hey presto, the original sins of humanity are no less than agriculture and religion themselves with all the social issues brought with them. Everything since then is a screw-up. The still hunter-gatherer Neanderthals managed to build a technological civilisation without the aforementioned bollocks and without ravaging their natural habitat. Every hippie and treehugger would love that.

This is gonna be a trainwreck...

These Neanderthals keep their population in bay. Men and women live separately most of a month and make sex per calendar method. They practice eugenics so their classic evolutionary straits didn’t degrade over time, and even physics professors enjoy recreational mammoth-hunting under the sky still darkened by passenger pigeons. It’s like some reclused sect in the Latin-American jungle, the only spot on their clean face is the deranged juristic system. So, not only they are physically stronger and faster, but smarter too with a hardcoding for eco-consciousness. The author is preaching through the Neanderthal protagonist’s mouth and points his finger at the deeply flawed development of this humanity. By this verdict, we cannot think and act responsibly about our lives and our home as long as the religion puts the consequences in the afterife, something hardcore materialists and well, Neanderthals refuse to exist.

I had the inside gut that the author demands some kind of paradigm-shift in human thinking, and the neanderthal contact potentially is comparable to Jesus and the advent of Christianity. Now it’s not like I’m against some floor-sweeping by more advanced and/or different conscious beings, it worked pretty will in The Swarm, but do it in a more credible and more original way. This story bleeds through multiple wounds, and I feel sorry for wasting my nights for a three volume anti-religion pamphlet and cleric-bashing it turned out to be in the end. Frankly, what I would do with the author is dropping him out of a hovering helicopter naked over the Amazonian Jungle like deceased Tom Clancy or one of his ghostwriters did that with those eco-terrorists in Rainbow Six. Here is your chance to live in harmony with mother nature, sucker!

I have other issues with these books. I sort of expected the author to unfold the neanderthal world better in the third book, more shades of grey, a real conflict and movement in both worlds, but nothing like that. What we get are the sexual adventures of the female protagonist and her road to the liberating polygamy and bisexuality, the cream of the Neanderthals keep on their guiding us into a new Enlightenment, some awful madman story with bioweapons (how original…). And yes, we get a fix on the deficient shielding of our brain, the reason we are suspectable to religious ideas. Human consciousness came by accident, and the next big change of the planet's magnetic field will make us drooling retards again who beat each other up with bones. For crying out loud...


What gives, the humanoid wolf idea resurfaced several years ago. Give that man a script to write!

Word of advice, if you are really interested, read the first book, maybe the second, but avoid the third because it's really a screw-up, and it does not really more than enforce some American stereotypes about Canadians and their leftism. I wonder how much the author's concept would have changed if the trilogy had appeared ten years later, because some new results about Neanderthals came up since then. As a science-fiction the Neanderthal Parallax is obsolescent by now