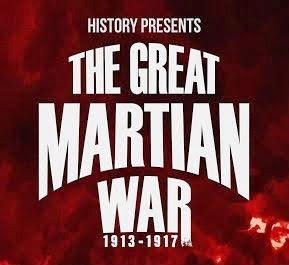 Are you familiar with The War of the Worlds by H.G. Wells? If not, that is something you have missed. This novel from 1897 is one of the first modern science fiction works and the Holy Grail of the alien invasion genera. H.G Wells, the author, was the Michael Crichton of his day, a real visionary, who fused the invasion literature with the alien element and introduced the total war, a too familiar characteristic of the 20th century conflicts. In time, this forever classic had inspired many followers, and the War of the Worlds became a franchise of popular culture. New adaptations, homages, incarnations continue to appear in our days. In this post, we will take a look at one of the latest examples: The Great Martian War 1913-1917 documentary.


The Great Martian War 1913-1917 is a 90 minutes long, made-for-television pseudo-documentary, a historical fiction which recalls the events of an alternate First World War like it did happen in our own reality hundred years earlier. To create this pseudo-reality, The Great Martian War uses manipulated and mashed-up historical footage, fake retrospections of surviving witnesses, and so on.

This time, the scriptwriters did not really more than they transposed the story from the Victorian era and adapted it in a World War One environment. The arrival of the aliens is a shocking event, and the European nations must set aside their growing differences to avoid complete extermination in this struggle. The trenches in North-West Europe are filled with millions of dreading men. These people desperately try to check the alien war machine with their rifles, horse drawn artillery and early biplanes. 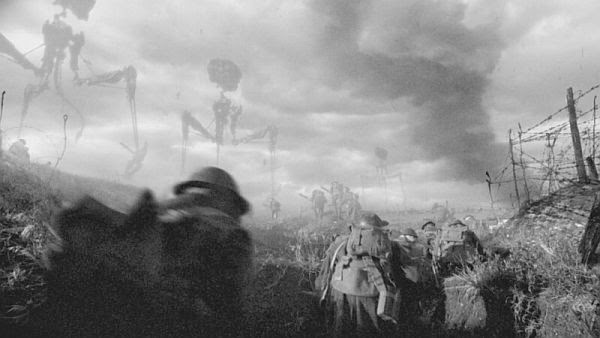 Going over the top


Numerous historical events like the Christmas of 1914, the Somme offensive, chemical warfare, America’s isolatism, the tank attack at Cambrai, the Spanish flu, etc., were reused in the plot. As a matter of fact, we can just replace the alien term with the Germans from World War One. The script doesn’t really help to understand how the conventional armies of humanity manage to hold the line against the seemingly unstoppable, faceless conquerors with heat-rays and energy shields for three years, and we won’t know anything about the fate of Austro-Hungary and Imperial Russia – another major military powers of that age. 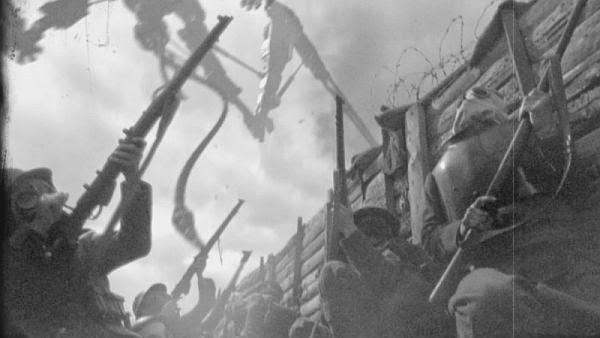 What the writers did really catch a hold of is how the contemporary people percept the aliens, for example, how they struggle with the concept of artificial intelligence. Other big bonus point for this work are the visuals. The alien machines roaming on No Man’s Land on day and night are a creepy sight, and their attack drones doing disturbing things with the soldiers with their tentacle-like manipulators raise our innermost fears. 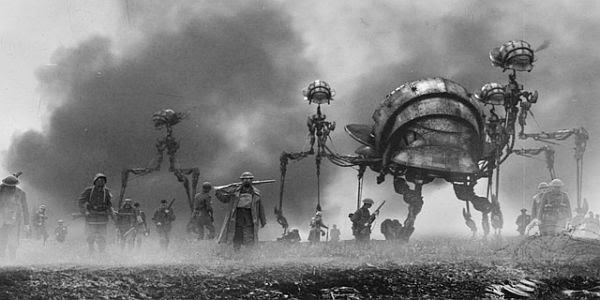 At the beginning of the understanding


The plot contains several really good ideas, and some turn of events staggered even a seen-a-lot on screen guy like me. The endgame and the development of the conflict hold thought-provoking surprises, and instead of a catharsis, we will face another horizon of war and conflict, and we won’t even know who the real enemy is.


These were the positive points for the story. But I can’t get over the feeling that the war story part could have been a lot better if the scriptwriters had just worked on it a bit longer. The already mentioned West-centered storyline is another heartache of mine. The Great Martian War 1913-1917 is a faithful adaptation of The War of the Worlds, but it’s good for one view only, not more and not less.