Pickelhaube against the Union blue - 1901 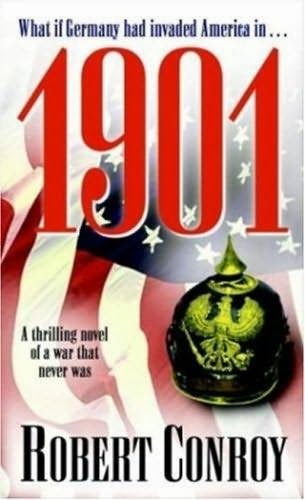 This time, we visit a different era. The turn of the 19th-20th century was the golden age of what we have called imperialism today. Also, the same period was the middle of a diplomacy rampage with which the German Kaiser II. Wilhelm pissed off or alienated almost all major powers and possible Allies. The measure of success in this global pissing contest was the possessing of overseas colonies, the grabbing of land and market on the few still white spots or from each other. In other words, everybody wanted to build an empire and did that in the name of a civilisation mission, which was often the globalized projection of respective national agendas and the big money behind them. Robert Conroy's alternate history novel, 1901 describes a mindblowing what if scenario from this age. 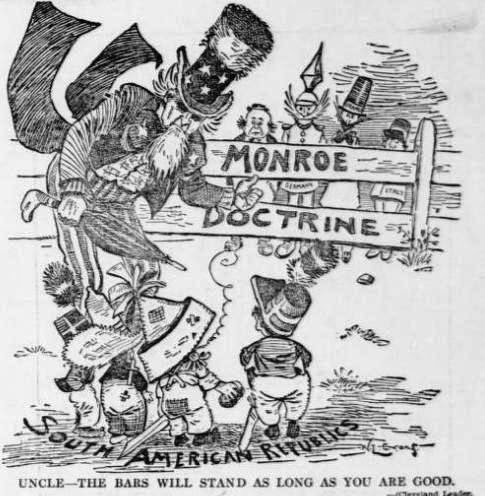 The modern history of the United States and the German Empire met at many spots. They both had had to establish a national unity before they entered the aforementioned global playground. It took four years of bloody civil war to preserve the Union, and the decades of reconstruction work absorbed the conquering energies of the USA. For the German unification, the Prussians had to fight their way through the armies of France and the Habsburg Empire. Both fresh predators took their first steps outside their natural hunting grounds at about the same time.  The USA declared Central- and South America offlimits for European colonialism in her Monroe Doctrine, which interfered with the Pan-Germanism and the economic interests of Imperial Germany in the aforementioned areas.

"George, the British Empire at present covers a quarter of the globe, while the German Empire consists of a small sausage factory in Tanganyika.    I hardly think that we can be entirely absolved of blame on the imperialistic front" 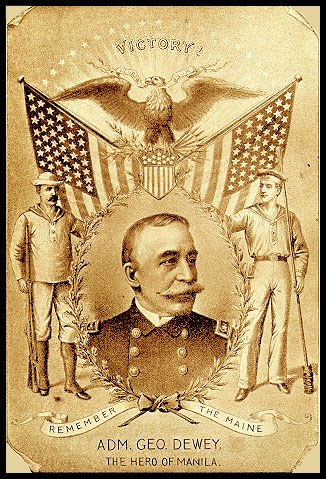 With the defeating of Spain in 1898 and acquiring of the Philippines, Cuba, and Puerto Rico, the USA became a major player outside the continent. This was something the German Empire was thirst for, but never really accomplished. The USA could control the major shipping routes to both American continents from her freshly acquired bases. II. Vilhem tried to purchase at least some of the US spoils, but the Americans were no sellers. One reason of the German failure was the lack of modern ocean-going warships and refueling bases in the Pacific. The land-grabbing efforts of German warships by the Philippines were frustrated by the more formidable American fleet. If latecomers like Imperial Germany wanted to be somebody in this gallery of colonialist bullies, he had to beat up one of the smaller kids in the sandbox and take his lunch money first.

The German and American fleet building program started at about the same time. By 1901, the opposing battlefleets had comparable strengths, there was clear point of conflict. The USA became one of the potential war opponents of the German Empire, even war plans were made just for case. The attack on the US soil or one of her interests was the brainchild of the Kriegsmarine. The intended target was Puerto Rico, where the German Navy wanted to lure out and destroy the American battlefleet, then force a peace treaty upon the Americans with obvious territorial demands and „compensation” of war expenses.

The plans went as far as the proposed invasion of New England, the economic and financial center of the USA, but the Army refused to be part of such risky amphibious operation on the other side of the Atlantic. The „Winterarbeiten” papers had sunk silently in the depth of the archives and didn’t reappear until 1971, when curious researchers stumbled upon them.

"The vile Hun and his villainous empire-building"


This is the point of deviation where history takes a different turn in Robert Conroy’s 1901. This time, the Germans decide  go for it, actually, and capture Manhattan and Long Island with a daring amphibious operation. 1901 is the very first alternate history novel of Robert Conroy, which explores how a fictional war between Imperial Germany and the USA would have happened. The German invasion of New England takes the Americans by surprise. The regular army is still busy at pacifying the Philippines, and the Navy is likewise scattered around the globe.

The goal of II. Wilhelm is to win a decisive battle against the American battlefleet, defeat land counterattacks, and force a peace treaty upon the US wherein Washington surrenders his oversesa possessions to Germany, pays an enormous indemnity, and does not rebuild its Navy.  This was the civilized way of war; some big battles until somebody says uncle, and the chaffering restarts at the peace conference table. The problem is that the USA did fight a total war 40 years earlier, and doesn’t seem to follow the European playbook.

The opposing forces in this scenario are fairly asymetrical. On sea, the two battlefleets are close to each other in strength. We are talking about the pre-Dreadnought era here; the battleships facing each other became second or third rate vessels by World War One, and the respective ship classes missed Jutland or any major naval action. But in 1901, they are state of art, and instead fading into obscurity, they engage in the biggest naval battle since Trafalgar on these very pages. At first, I found the number of German ocean-going vessels excessive, but if the Russians could sail their coast defence barges from the Baltic to the Tsushima Strait four years later, then why the hell not?

On land, the Americans have the numbers, but National Guard and State Militia units are nowhere comparable to the Prussian war machine. The soldiers in the piked helmets carry the newest bolt-action Mauser rifles, whereas the boys in blue start this war with the Civil War breech-loading muskets. In real life, the German military staff had a very low opinion about the military virtues of the Americans; they described the Civil War as two armed mobs chasing each other for four years, whereas the Prussian army soundly defeated his continental opponents in weeks. Well, it doesn’t turn out like that in the book otherwise it would be a short entertainment. The situation of the German expeditionary force kinda reminded me the Crusades, where the Western knights were doomed to sink into the ocean of Arabs. 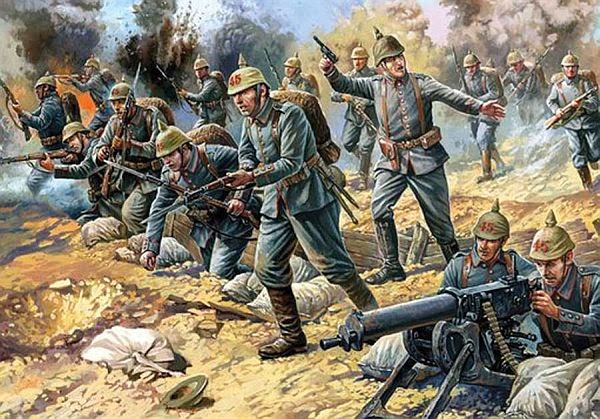 Robert Conroy describes siege and partisan warfare, propaganda, the case of German-speaking immigrants, token naval actions in 1901. Some turns of events are upright hilarious but very entertaining. Reactivated military leaders of the US will come from surprising places and with a colourful past. These antediluvian generals have just one more war before they will meet their past comrades and answer them how could they change the grey with blue after the cause had been lost. They might refer to the enemy as Yankees sometimes, but that is entirely forgiveable. The other hilarious plot element is how the author likes to kill off historical, famous and infamous big shots in a very early stage of their careers. 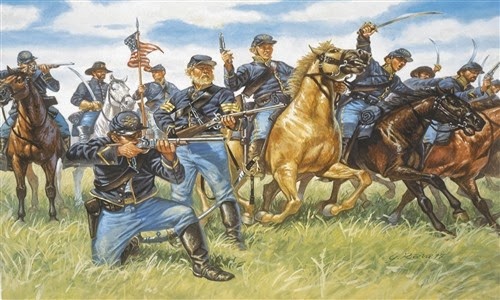 Robert Conroy’s 1901 lost no entertaining value since its first appearance in 1991. Most things I have told about Red Inferno by the same author can be applied here. The only major flaw I found that the novel is short. It’s not a hardcore alternate history work, but for casuals like me it was very enjoyable. In fact, I found it so good and easy to read that I will definitely come back with a review about Robert Conroy’s more recent works because the good man is still in business.

And about those two "armed mobs"...